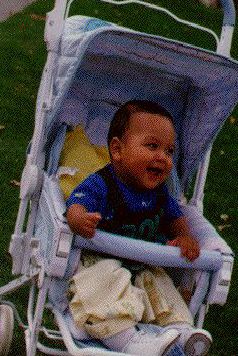 A question that more and more parents, especially young teen parents, need to ask themselves is whether or not they are raising a future gang member? Will they as parents be one of the weeping mourners at a funeral in the not so distant future?

Some scientists claim there is posttraumatic stress disorder among Mexican American gang members coming from exposure in childhood to violence and abuse (Tome 1993). However, there is very little written about what parents can do specifically in these dysfunctional neighborhoods. In many instances, parents need parenting classes themselves.

Why is everyone so reluctant to investigate parents as a primary source of the problem? There is a growing number of “children with children” — teen parents who are unprepared and overburdened. They need to stop having babies as a rite of passage to maturity or a ticket to welfare financial aid.

In the current study, mothers who later decided they had made a mistake, left their children to grandma (sometimes the same person they complained had ruined their own lives). Others left the child to anyone who would watch out for it–an aunt, a cousin, etc.

Most gang members come from just such homes, from very similar abandonment experiences, and from other noxious home environments where the parents fight violently. Many gang members described a childhood tainted by neglect by their parents, guardian, or foster home (Williams 1992 :88).

On the other hand, many gang members had surprisingly good relationships with their mothers. However, many fell into what is called here the “Mama’s little darling,” category. These youngsters had mothers whose “mijito” could do no wrong. They viewed their sons as being picked on or victimized by others. “Mijito” is generally an individual who was never taught to be responsible for his own actions. Many of these women held no sway over their son’s actions, they merely rationalized everything they did. In several instances, these mothers disbelieved their son’s gang affiliation, denied it, and said there was vicious gossip about their sons because of jealous or mean-spirited neighbors. In a few cases — mothers simply admitted: “I don’t know what to do with this boy!” That parents worry about their youngsters in these environments is clear. Even single mothers who seemingly have lost control worry and experience severe stress (Gomez-Falcon l993).

Self-esteem nurtured in the home, but for many the home is dysfunctional and that illness is supplemented by the media portrayal of youth who are diametrically “opposed to the values we try to teach in school…” (Lopez 1991:29)

CHILD CARE: The problem of child care must be addressed by the state, if not by the nation as a whole, not only to improve the employment outlook for women, but for the safety of their children as well (Hallcom 91).

Perhaps this country should try a Kibbutz type of child care/school facility to teach children basic values: e.g. to maintain a social contract with their society. A school is need to teach them and to apologize for the sometimes wanton behavior of their mothers and fathers.

THE UNDERCLASS: The moral breakdown attributed to gangs is a problem associated with the underclass. While it is not always politically correct to say so, the current study finds that much, if not all, of the problem rests in poverty and desperation among parents who lack all kinds of skills especially parenting skills.

PARENTS “One source (in prevention) that remains fairly untapped is the Hispanic extended family. Aunts, uncles, grandparents, cousins, godparents, and even friends all play a role in reinforcing family values and rearing children” (Inger l992)

Training programs are suggested to assist parents in building self-esteem and in cultivating their speaking and writing skills. Activities are proposed to help parents learn how to enhance their children’s study habits. (Ingerl992) The hardest part is getting parents to the first meeting according to the research. Impersonal efforts, such as letters and flyers do not work . The only successful approach in some areas has been the face-to-face conversation with parents in their language inviting them to come. Using this approach, the parents know you or someone else will be watching for them. (Inger l992)

The parents of the non-gang affiliated might be brought in as a highly useful resource. The many, many parents who do instill a work ethic, who teach their children law and order, family values, and moral standards are a resource that has not been utilized at all as far as the current study could ascertain. As a matter of fact, these are the very people who stay miles away from the gangs and whose children also avoid interaction and conflict with them. Thus, what good role models and examples there are in the neighborhood deliberately avoid any contact with these youngsters.

However, the literature shows repeatedly that gangs do not survive in areas where the citizens unite and work with law enforcement against gang activity.

The California Education Code 58,700 states: “The Legislature…finds and declares that youth gang violence can be effectively reduced in California schools through the involvement of parents, teachers, school administrators, community organizations, and individuals with first hand knowledge of the problem.”

PLEASE ADD YOUR SUGGESTIONS FOR DISTRIBUTION TO OTHERS!