An Urban Ethnography of Latino Street:Gangs in Los Angeles and Ventura Counties, Chapter 5: A Brief History of Street Gangs 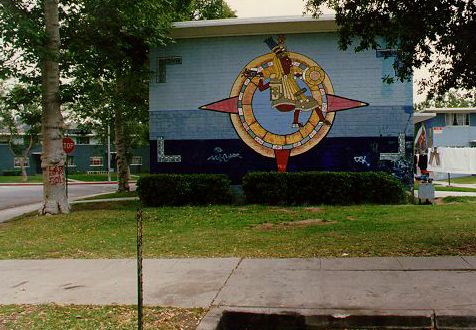 Gangs are not a new phenomena. Daryl Gates, former Los Angeles Chief of Police and Robert Jackson, Detective in the Gang Information Section of the LAPD suggest that there is some quirk about the nature of homo-sapiens that draws a few of them toward gangs and their violence. They add that it makes little difference whether the country is totalitarian or democratic, whether the time is feudal or current (l989:4).

There is at least 50 years worth of gang literature in our local libraries. They operate in the same milieu in which they have always existed–the kinds of neighborhoods described here. Actually we have been aware of the gang problem, and to a lesser extent, the causes and perhaps even the solutions for quite some time. Other studies agree (Spergel 1992) (Spergel et. al. l993)

In l987 Joan Moore wrote that gang behavior stemmed primarily from normal adolescent concerns: the need for peer respect and approval, security and protection, group support and acceptance and age and sex role identification. Other investigators on the topic of gangs include Thrasher (l936) Torres (1980) Vigil (l988) Currry & Spergel (l988),Spergel (1990), and Akers (l992) to mention only some of the larger or more famous studies.

In l936 Thrasher conducted a classic sociological study of 1,313 gangs with approximately 25,000 members. In some ways not much has changed from Thrasher’s classic research definition: a group originally formed spontaneously, and then integrated through conflict. It is characterized by Thrasher as having the following types of transactions: meeting face to face, milling around, and finding conflict. Not much has changed. The result of this collective behavior, according to the Thrasher research, is the development of tradition, esprit de corps, solidarity, and attachment to a local territory (1936:57).